Day 6 started off with filleting a fish, which was one of the main skills I wanted to take away with me after completing this course. So I wanted to pay close attention and make sure I got it right. However, this is most definitely a hands-on course and trying to make notes whilst covered in fish is not recommended! We started off with plaice, a flat fish, and we each had our own whole fish so we could copy chef as he went through each stage of how to remove all 4 fillets. He made it look pretty straight forward but it took me a while to just figure out which way around the fish should be facing on the board. Honestly, it completely fuddled my mind.

Thankfully, we have a very patient chef and eventually I managed to free the fish meat from the bone. Later on in the day we sliced up our fillets into Goujons, coated in breadcrumbs and deep fried. Delicious! And even more so because I knew I’d filleted the fish myself! A bit of freshly made tartare sauce also went down a treat. We were super busy for the rest of day and hardly stopped for air as we churned out several more fantastic dishes, including a whole loaf of spelt bread, the most amazing treacle tart and a perfectly grilled chicken breast with sweetcorn and chorizo a la francaise. Very fancy eh 🙂

To complete the picture, on day 7 we were shown how to fillet a round fish. Round fish is part of our assessments in week 4 so I really need to know what I’m doing for this. Stupidly I tried to take notes again #NeverLearn. But once I started to concentrate on the fish, instead of my paper, I managed to get two pretty decent fillets off the fish. We were working with mackerel but also got the chance to fillet 2 more round fish, sea bass and gurnard, later on in the week. The morning of day 7 also including me wrestling with a ham knuckle: it’s not so easy to get the fat off and bones out. But I was glad I persevered as I eventually got to sit down to a lovely piece of glazed ham with potatoes 🙂 Before finishing early for a theory afternoon we also knocked out a Bakewell tart each, my favourite dessert in whoooole world! Definitely going to make a massive one at home, which of course I will post on here (if I can manage to take a photo before devouring it!).

The following day got very technical and was quite tough but I made it through unscathed 🙂 The first big test of the day was learning basic butchery for lamb breast and rack of lamb. The lamb breast was a real challenge and not something I’ll attempt again in a hurry. The rack seemed easier in comparison although still very time consuming. I can definitely understand why butchers charge so much for well prepared meats – it must take them hours. Once the breast of lamb had been prepared (in a round about way – mine could definitely have been neater!), we rolled it up, tied with string and cooked on a low oven for around 3 hours. I absolutely love lamb so want to learn as much as I can about the lamb dishes. At the moment my own lamb recipe bank consists of pan fried rack of lamb and a tagine. Both of which I enjoy immensely! Although neither have made it on to this blog yet. But maybe that’s because they both can be improved by this course 🙂 we will see!!

The afternoon of day 8 was another “blink and it’s gone” afternoon. Seriously – the time just disappears so quickly, I don’t know how chefs ever get anything done. We were set a soup challenge which was timed, and involved the full preparation of a pea and ham soup from scratch……and the aim was to serve up a neatly presented bowlful within 10 minutes. Hahahaha- 10 minutes – no chance. We’d hit 15 minutes before I’d even knew what had happened. But it really highlighted how easy it is for time to slip away and how important it will be to have a time plan and stick to it during assessment week. It was also really interesting to see how the time pressure affected the end result – definitely something to work on! Think I’ll be practising making super fast soups this weekend……as well as pastry and bread. That reminds me as well – the yeast we have been using for our bread is fresh and not dried. This is something I need to get my hands on as it’s definitely better than the packet stuff off the shelf. Apparently if you ask at the bakery in any supermarket they will be able to provide a bit of fresh yeast for free. Ben has also been after some fresh yeast for a while now, in order to perfect his pizza bases. So it’s definitely worth a try and more than likely that I’ll be found hanging around a supermarket bakery this weekend, begging for a bit of fresh yeast. – I’ll let you know how that goes. That said – it will be a miracle if Ben and I actually manage to find the time to churn out breads and pizza bases this weekend, always busy 🙂 Again – I’ll update next week on how that goes!!

The last dish of day 8 involved the use if a blow torch, first time for most of us!! Although I do actually have a blow torch at home, sitting unused in the cupboard :-/ It was a Christmas present off Ben and really deserves to be used a bit more regularly. So now that I’ve seen I can use one without causing too much damage, I might actually get around to buying some gas for mine and attempting some creme brûlées. So the blowtorch is a pretty powerful piece of kit and I imagine its really easy to turn a neatly prepared dish into something that resembles a black lump of coal. Luckily we all did ok and produced a very pretty plate of fruit topped with a Cointreau sabayon, which was caramelised on top with the blow torch and served with some freshly baked shortbread. Delicious!! Oh and shortbread by the way – so easy to make! Another one I’ll be hoping to adapt (maybe add some Matcha??) and get up on the blog soon.

Day 9 was back to filleting round fish and I turned this:

And then into this:

The last day of our second week was definitely a huge success: we created 3 amazing dishes and even had time to sit down and eat the whole lot!! #SuchAFatty

Half way there now!!! Absolutely loving it and can’t wait to see what next week will bring!!

To read about my first week (days 2-5) at Ashburton click here.

To find out about how my 3rd and 4th weeks went at Ashburton click here. 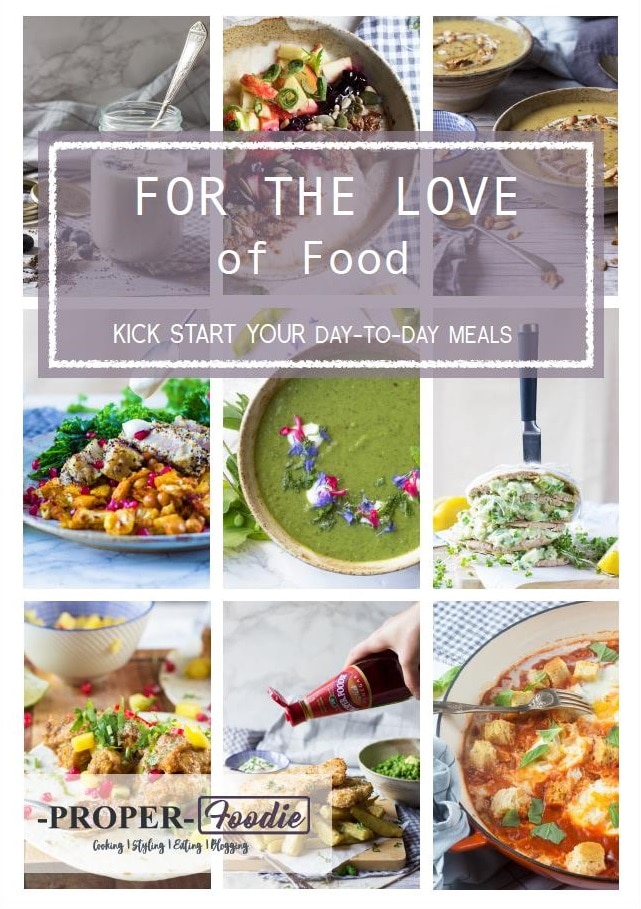