Lightly spiced fish biryani made with a yogurt biryani sauce and cooked in one pot with layered fish, rice and saffron. Served up with fresh coriander and yogurt dip topped with chilli flakes and oil 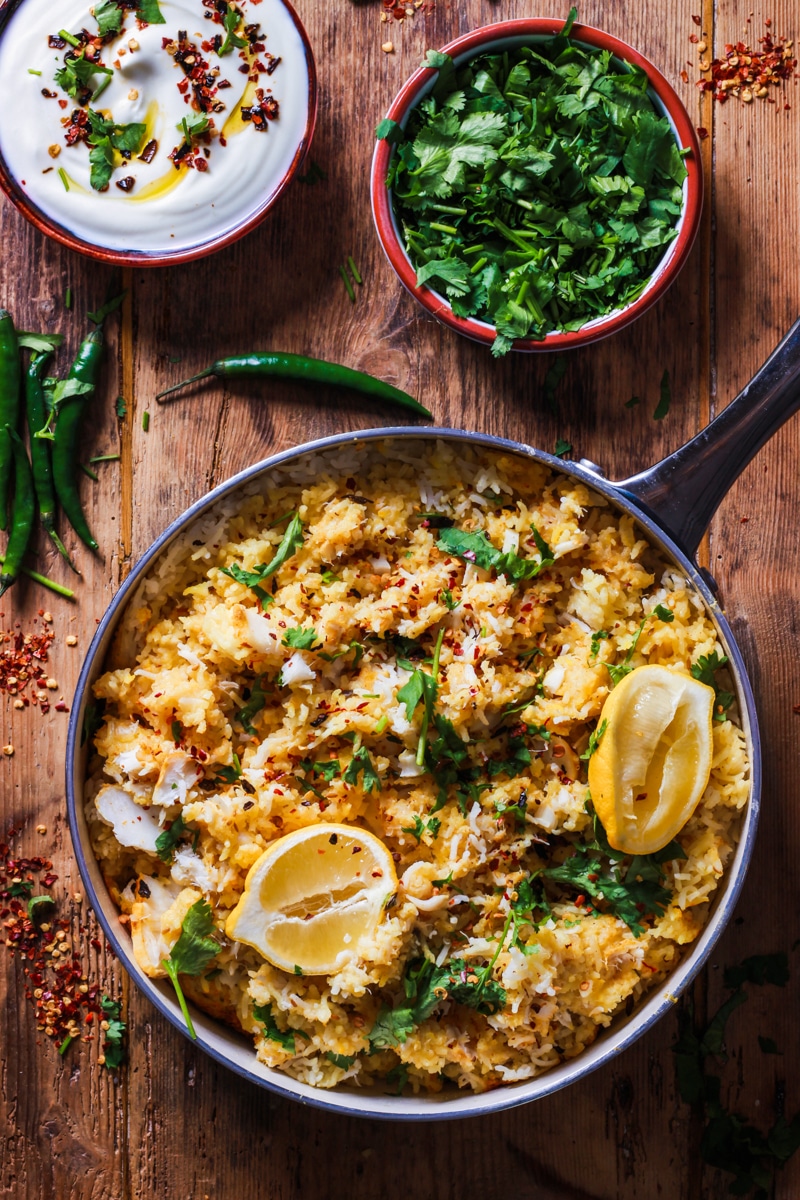 Biryani isn't really a curry - its a rice dish, a rice dish thats sealed in the pan and then 'baked' on the stove. Theres no 'curry gravy' going on here. If you are looking for something a little more saucy then a Thai green curry, Thai red curry, Massaman curry, chicken tikka masala curry or chicken and almond curry should do the trick. For a veggie option I always, always opt for a warming and aromatic red lentil tarka dahl.

There is, however, a lovely, creamy, biryani marinade in this recipe. Its used to initially flavour the fish, but is then mostly soaked up into the rice during cooking. The meat for this dish goes in raw and traditionally the biryani recipe uses mutton. However, to keep this dish nice and light and easy to cook I've opted for cod. But any white chunky fish would work well here. I do love a good fish and rice dish and I'm always on the look out for anything that makes this combination a little more interesting. Like my fish kedgeree, haddock and rosemary risotto or giant wild rice salad with salmon and eggs. 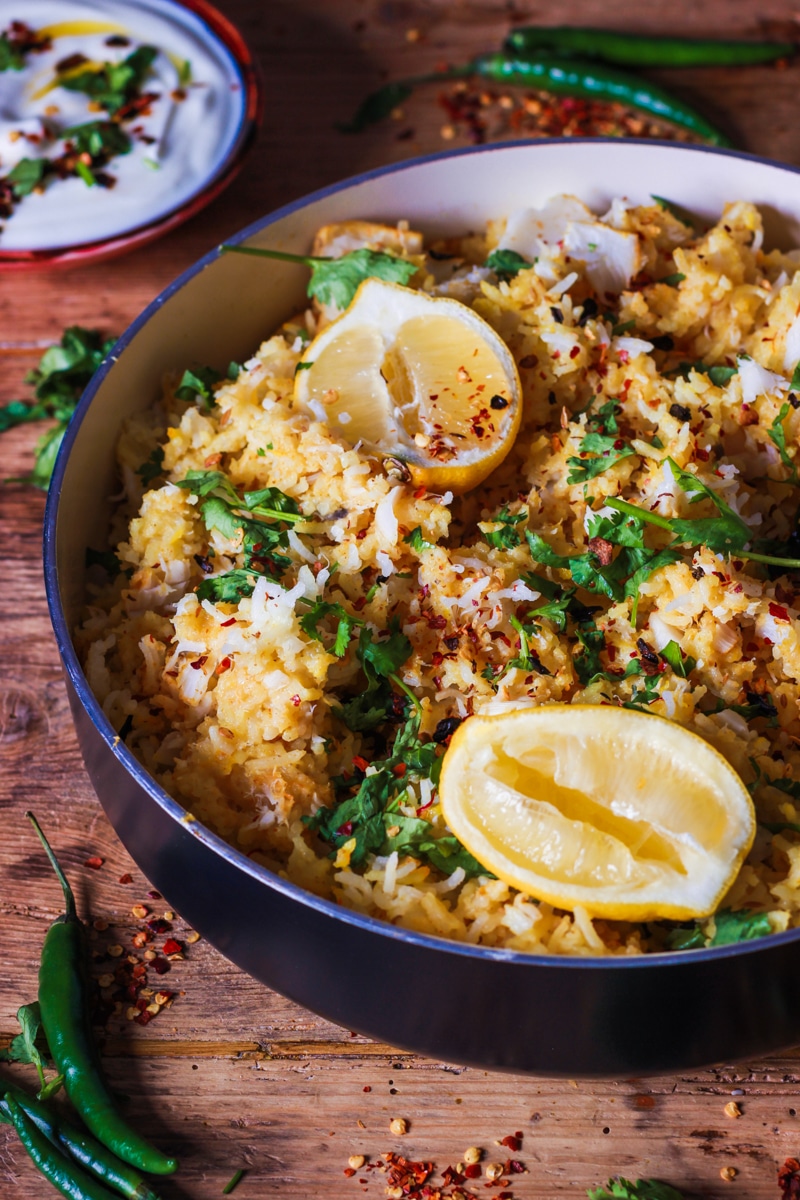 To produce perfectly cooked rice in a biryani dish, the rice should be briefly cooked to al dente in a pan of simmering water, before transferring to the dum biryani (cooking pot). Traditional recipes and the recipe below use basmati rice, which should fluff up nicely at the end of the cooking process. 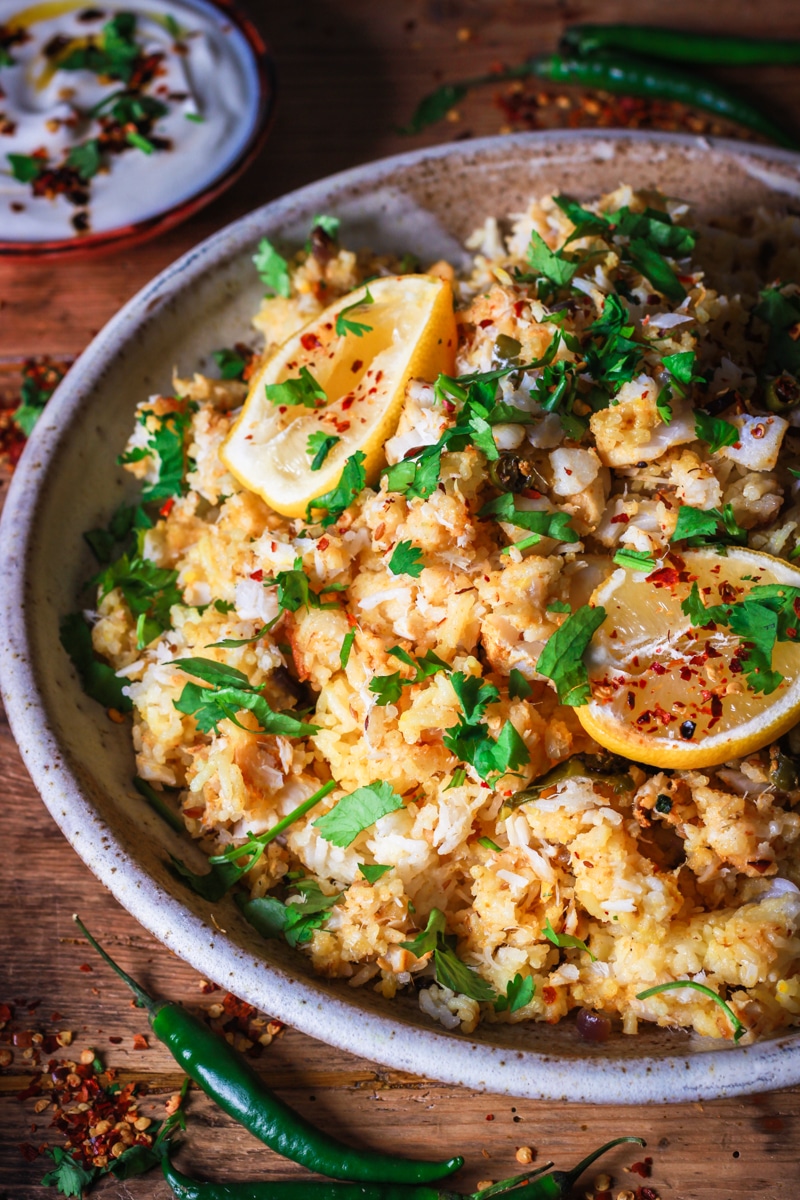 A mixture of Indian spices are used in a biryani. These include ground coriander, chilli powder and turmeric. The other main spice is biryani masala, however, in this recipe I have used garam masala, which is a more accessible spice. If you would prefer to use biryani masala you can prepare this yourself at home. Have a look at this biryani masala recipe for further details. 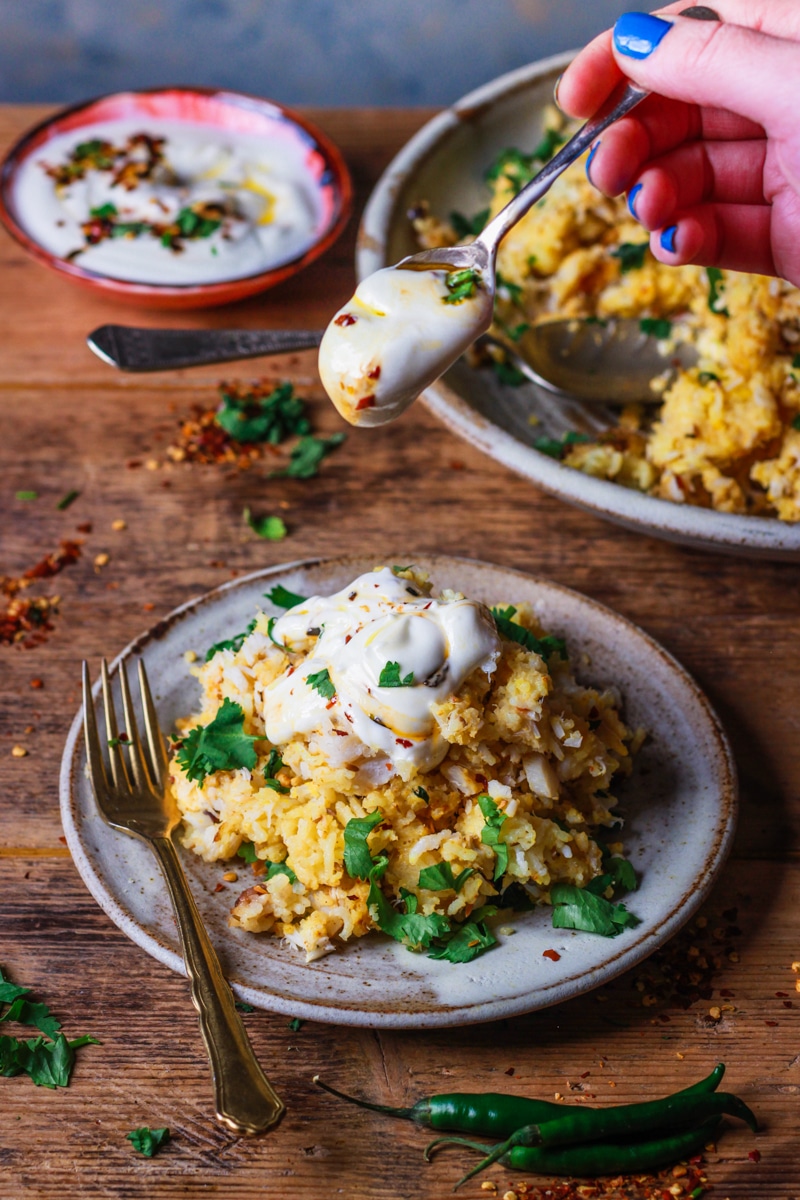 What is Dum Biryani?

Traditionally dum biryani is the description of the cooking process. Dum means cooking on low and effectively baking the dish in a sealed container. In this recipe I have tried to replicate this process by cooking the fish biryani is a large pan with the lid on and over a low heat on the stove. The dish is cooked like this for 20 minutes, allowing the fish and rice to cook through until the fish flakes into pieces and the rice is fluffy. 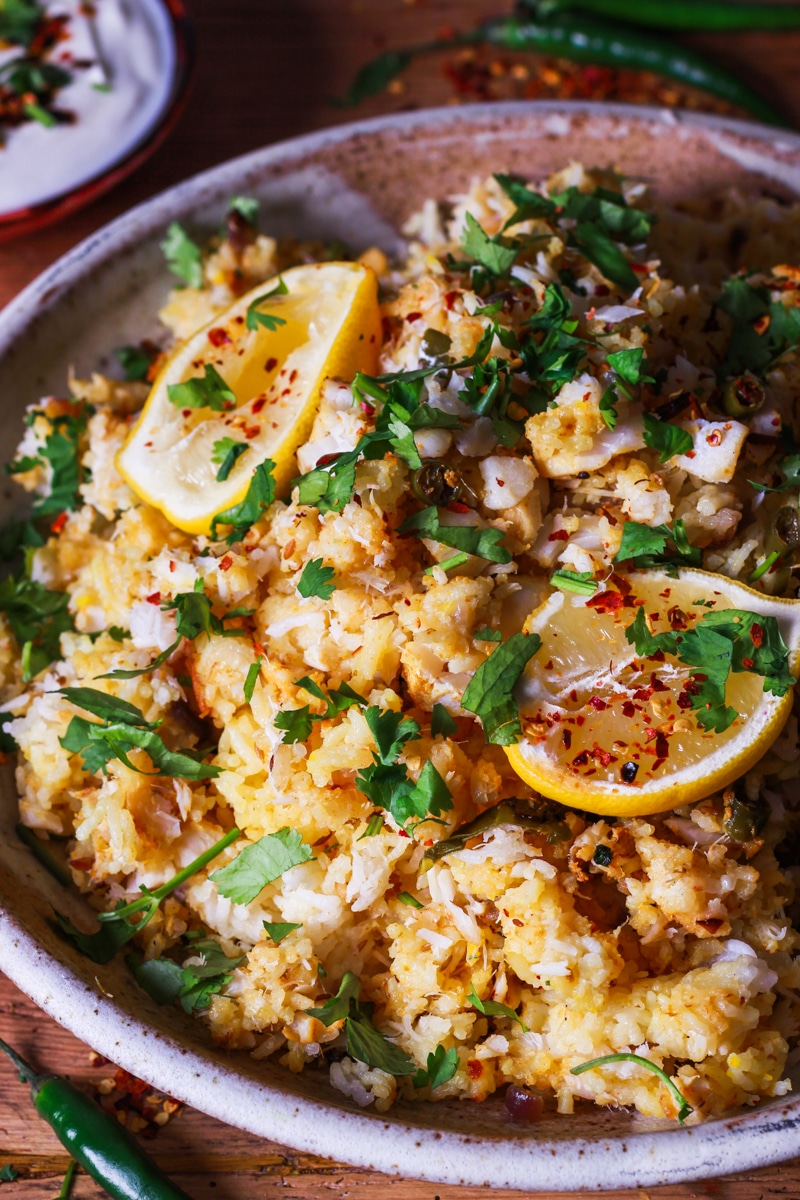 How to make Fish Biryani

How do you keep biryani rice from sticking to the pan?

How long can you keep fish biryani in the fridge?

The biryani will keep well in the fridge for 48 hours. Ensure that the biryani is fully cooled before refrigerating.

Can you freeze and reheat rice dishes?

Yes rice dishes can be frozen and reheated, just ensure the rice is completely cooled before going in the freezer. When reheating make sure the rice is fully defrosted then, for best results add a splash of water and reheat in the microwave.

For more recipe ideas for a cosy night in have a look at my romantic dinner recipes post. 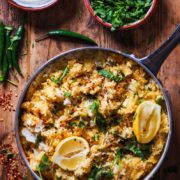 For the biryani marinade:

To make the rice

To make the biryani marinade:

To make the biryani

Click here to see traffic light nutritional info for this recipe
Tried this recipe?Let us know how it was!
« Sesame Seed Chicken
Bakewell Tart » 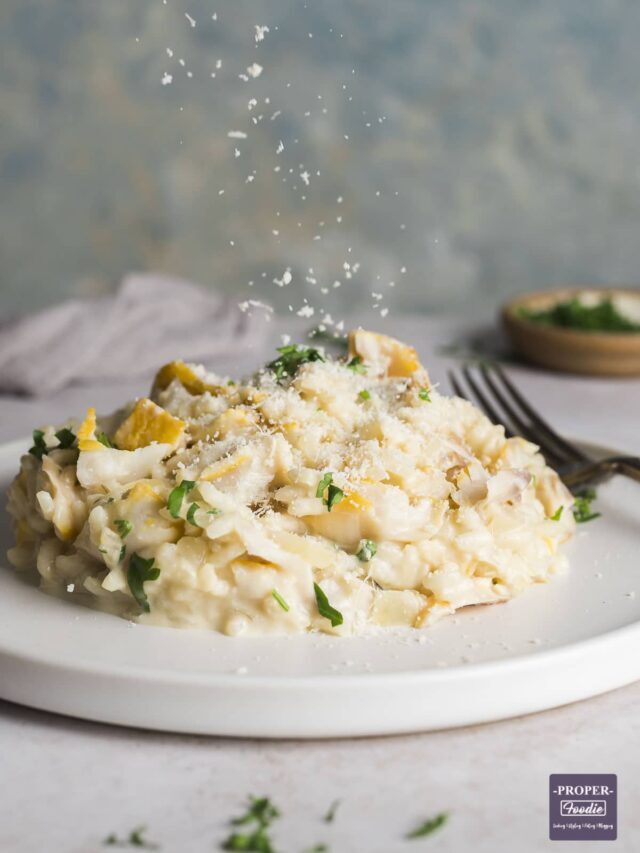 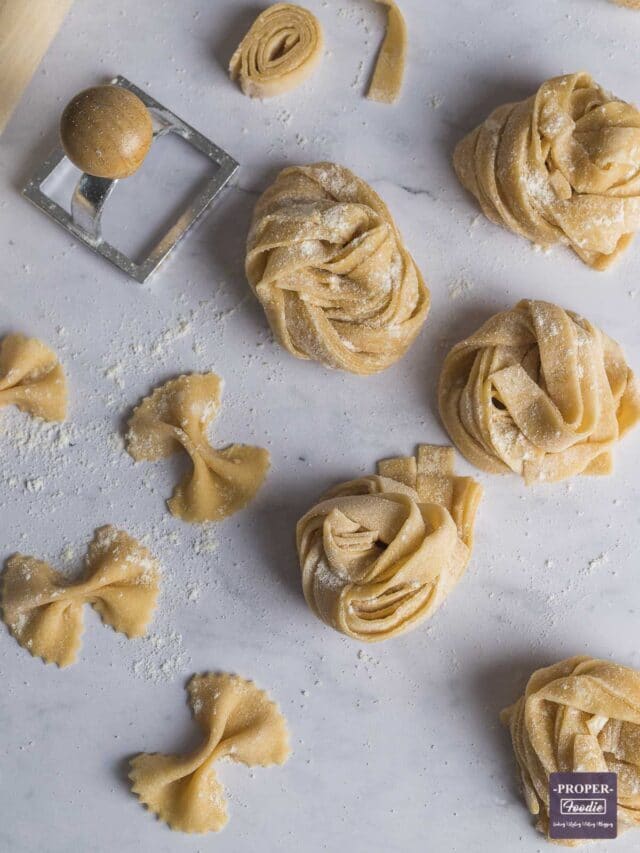 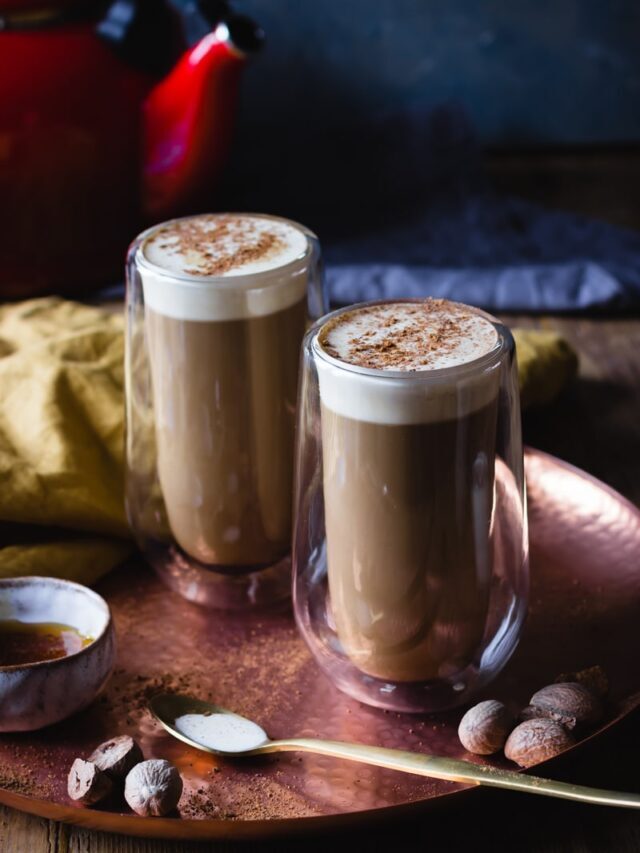 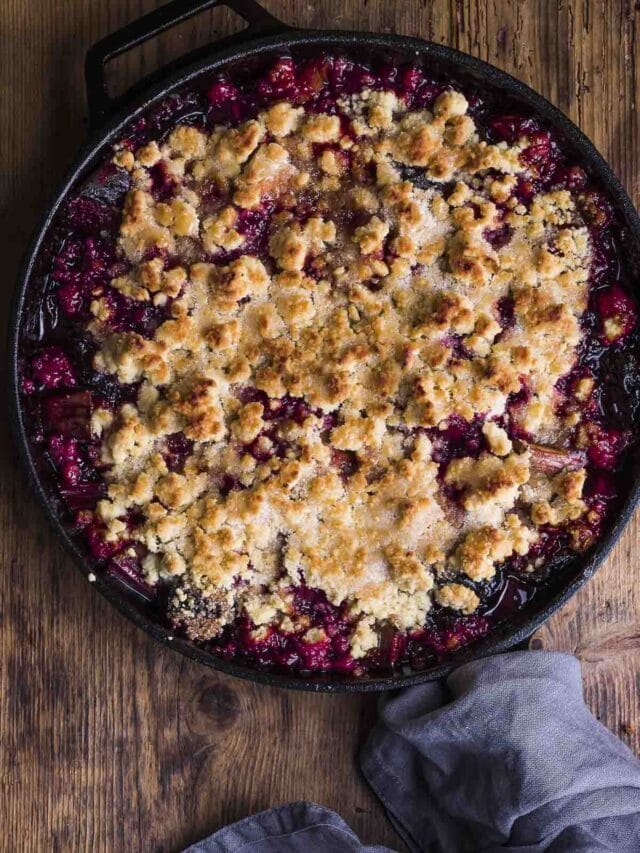